Support Us
Love To Langa 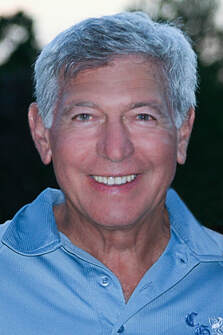 Mannie Edelstein was born in Johannesburg, South Africa, where he spent his early years. His marriage to Gail (nee Golembo) spanned 60 years. Most of Mannie’s working years were spent in Cape Town, South Africa where he became a nationally renowned motivational speaker and training consultant. He worked with senior management and sales forces for some of the largest corporations in South Africa including Hertz, Canon, Old Mutual, Johnson & Johnson, Mercedes Benz and IBM. Mannie was also a guest speaker for many organizations, associations, schools and charities, including the University of Cape Town, Junior Chamber of Commerce and Bnei Brit. His clients included professional athletes and sports teams. Cape Town's soccer team, Hellenic, referred to him as their ‘motivational guru’.

He immigrated with Gail to San Diego in 1990 to be with his three children who were all living in the United States. Combining his passions for people and golf, he started a networking business called Contact Golf. Mannie was the most positive person who, true to his motto, "seized the day" and appreciated every moment in a life well lived. He impacted so many people with his power of positive thinking; his optimism was infectious. He was charming and the consummate gentleman, spiritual, incredibly kindhearted, generous, warm and loving.